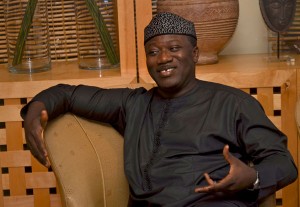 The award which is coming barely a year after he received the Leadership Newspaper’s Governor of the Year award, is in recognition of his transformational leadership style which has impacted positively on the lives of the people of the Ekiti State.

The event which will take place at the Civic Centre, Ozumba Mbadiwe Street, Victoria Island , will be chaired by Chief Sunny Odogwu with the Emir of Ilorin, Alhaji Ibrahim Sulu- Gambari as Royal Father of the Day.

The Zik Prize in Leadership Awards was set up in 1994 in memory of the first president of Nigeria, Dr. Nnamdi Azikiwe. It serves the purpose of encouraging and nurturing leadership on the African continent and the Diaspora.