What Shall We Tell Mr. President? 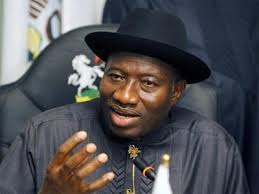 President Goodluck Ebere Jonathan is no doubt a listening President. Many curious observers and the legion of objective and rabid critics of his administration would readily score him high on his listening skills, especially when compared with some occupants of the exalted position of President and Commander-in Chief of the Nigerian Armed Forces in recent times. Whether President Jonathan’s ability to listen could match his ability to deliver on promises is however open to debate.

Many times, the President has demonstrated his ability to listen as well as his openness to consultations to the consternation of many. Some critics even argue that his penchant for wide consultations on knotty national issues account for his seeming and sometimes apparent inaction when it matter most. This, they point out, is responsible for his slow pace of performance, a development which has made many Nigerians become impatient with him.

The President, I fear, may likely be treated to this avalanche of criticisms when he arrives Ekiti State this week. Whereas the President would be coming to Ado-Ekiti, the state capital to flag off the electioneering campaign of the candidate of the People’s Democratic Party (PDP) Chief Ayo Fayose, Ekiti people surely have a dozen questions for the President which they would demand answers for. Already, the planned visit of the President, and the concomitant promises and deliverables have dominated major group discussions at vendors stands, drinking joints, market places and even on campuses, where both the well informed and barely-informed citizens take time to review what the “GEJ years” portends for Ekiti and the citizens, and what questions to ask or cause others to ask the President.

President Jonathan’s visit this Thursday will be his second to Ekiti State since he was elected President. The state has yet to witness a state (working) visit by the President. His first visit in October 2013 was a private one- to witness activities marking the first convocation ceremony of the Afe Babalola University, Ado-Ekiti. Even though there were plans for him to visit the Federal Polytechnic, Ado-Ekiti, which is a walking distance from ABUAD, the President departed Ekiti shortly after the ABUAD event. As short as the ABUAD visit was, it was remarkable for the people of Ekiti because it afforded the citizens the opportunity to raise some posers for the President. This they did through the speech delivered by the State Governor, Dr Kayode Fayemi at the event. The speech which was greeted by a thunderous applause by those present at the event which was broadcast live on NTA, bordered on the apparent neglect of Ekiti State by the Federal Government.

Governor Fayemi, catching in on the President’s presence in the state capital, had carefully pointed out instances of glaring neglect and short change of the state by the Federal Government for the President’s consideration. The Governor’s speech which many saw as an abridged score card of the Jonathan’s administration on Ekiti matter was re-echoed in different fora by well meaning Ekiti elders, youths, artisans, workers as well as its cream of professionals and academics.

Some important take away from Governor Fayemi’s list to the President include the need for the President’s urgent intervention in fixing some federal roads in the state and the need to reimburse the state government the money it has expended on rehabilitation and reconstruction of some federal roads. The Governor pointed out that of the N14.752 billion expended so far on fixing of federal roads in the state, only N2 billion paid to the immediate past administration in the state had been received as reimbursement, thereby complicating the state’s financial situation.

The ecological challenge in some parts of the state was another major point raised by the state government, which has spent over N3 billion to tackle ecological challenges in Ado-Ekiti, Moba, Ikere, Ekiti West and Ijero local government areas and require about N5 billion more to effectively tackle the menace.The failure of the Federal Government to build a federal secretariat in the state, thereby making Ekiti state the only state in the federation without a federal secretariat was also a major poser by the Governor, just as the inability of the planned Ekiti airport to take off because the federal government has yet to make available the budgeted N400 million to match the state’s N300 million counterpart funding for the establishment of the airport project for which a budgetary provision has been made since 2011.

Whereas some have argued that airport is not a major priority of the people of Ekiti, yet no one needs the power of clairvoyance to know that the children and “children’ children” of these sceptics would one day land on the Ekiti Airport. Suffice it to say however that if other states have airports built for them by the federal government or through collaborative efforts between the states and the federal authorities, Ekiti should not be an exemption. And Mr President remains the only one that can give the Ekiti people a convincing answer on when the airport would become a reality.

As reported in the media, the President had in his response to Governor Fayemi’s posers at the ABUAD event, directed relevant authorities involved in the various areas of neglect to provide answers (I had thought corresponding action) to the posers raised by the Governor. While promising to look into the matter. Prior to the President’s comments,however, the then Minister of Police Affairs and PDP Chieftain from Ekiti, Navy Capt Caleb Olubolade (rtd) had, in an apparent breach of protocol, taken the microphone and announced that the Presidency was already attending to most of the posers raised by the Governor.

But, seven months down the line, there has not been a single corresponding action from the federal authorities or so it appears, judging by what is on ground. And while efforts by the state to get some reprieve from the ecological fund had met with deliberate stone-walling, the Presidency, had during the same period doled out whopping N2 billion each to some “friendly” state governments to fix real and imagined ecological challenges, while Ekiti and a few others are left to continue to writhe in the pains of profound ecological challenges.

These and a few new posers are some of the issues the President would contend with when he arrives Ekiti. The people surely have a lot to tell and ask from Mr President and would require that he takes some time off the partisan podium to address these pertinent issues so actions could be taken and urgently too to redress the situation and redeem his image.

Ekiti people by nature are irrepressible. They would talk and would continue to agitate for a better deal from the presidency and the coming of Mr President is yet another opportunity for such an engagement which would go a long way in building confidence or distrust. But would the President answer the people and match his words with corresponding action this time…..or would that be deferred till the President deems it fit to pay an official (working) visit to Ekiti State…..Only the President can say.

This article was first published in The New Telegraph on May 20, 2014.