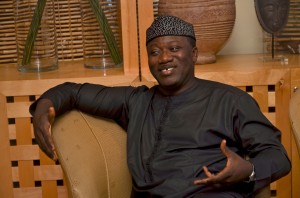 I am still in shock over the shocking defeat of Dr. Kayode Fayemi, the incumbent, in last Saturday’s governorship election of Ekiti State. Like many a newspaper pundit, I predicted on this page on May 28 that the election was a “likely shoe-in” for the governor against his two leading opponents, Ayo Fayose of the Peoples Democratic Party (PDP) and Michael Bamidele, an estranged chieftain of the defunct Action Congress of Nigeria (ACN), who had moved to the Labour Party (LP).

Fayemi had virtually everything going for him; his record of performance, his incumbency and his integrity, not to talk of his youthful dynamism and eloquence. One of his leading opponents, Fayose, had a terrible record as governor and was even impeached and literally had to flee the state when President Olusegun Obasanjo declared an emergency in the state following the crisis caused by the impeachment. He tried to stage a comeback in 2011 (not 2007 as I wrongly said in my May 28 prognosis of the election) by contesting a Senate seat on the platform of the LP, but lost.

The other leading opponent, Bamidele, although a formidable politician in the state, seemed more of a disaffected spoilsport than a serious contender, given his close association with the governor and Labour Party’s lack of much presence in the state. Therefore for me, as for most observers, at least from a distance, the election was Fayemi’s to lose. And sadly for me lose it he did fair and square from the look of things.

By almost all accounts, the Ekiti election was INEC’s best outing since Prof. Attahiru Jega took it over from the discredited Prof. Maurice Iwu. All the sensitive materials were distributed ahead of time and the election itself was peaceful, despite initial fears that it would be violent.

For the Deputy National Chairman of the All Progressives Congress (APC), Senator Lawal Shuaibu, INEC’s failure to sufficiently publicise its decision that only those in possession of permanent voter cards would be allowed to vote led to the disenfranchisement of many of his party’s supporters. He also blamed the relatively low turnout of voters for his party’s defeat. In addition, he said the barring of some APC governors from the state and the use of the military and the police to harass and detain many of their leading members contributed to the defeat.

Senator Lawal’s first two reasons were clearly lame. According to Kayode Idowu, the chief press secretary of INEC’s chairman, 476,870, or almost 65 per cent of the 732,166, who registered to vote, collected their permanent voter cards (PVC). Of these, he said, 80 per cent voted. It is very unlikely that the remaining 35 per cent who failed to collect the PVC were APC members. But even if they were, the APC should blame itself more than INEC for not sufficiently informing its members about the decision. Similarly, it should blame itself for the relatively poor turnout of voters which, at about 49 per cent, is, in any case respectable even by global standards in these days when voters have become thoroughly disenchanted with politicians because of their selfish and roguish ways almost everywhere.

However, if Senator Shuaibu was wrong to blame INEC for his party’s defeat, he was right, at least partially, to attribute the defeat to the Federal Government’s gross abuse of its might to intimidate and harass both local and outside APC chieftains – notably, the governors of Rivers and Edo, Rotimi Amaechi and Adams Oshiomhole – ahead of the election, using the need for the maintenance of law and order as a camouflage. This was at a time PDP chieftains, including two ministers who are not from the state, were allowed to roam freely less than 24 hours to the election.

The most glaring of this crude abuse of power was the Gestapo invasion of the residence of Mr. Bimbo Daramola, the director-general of Dr. Fayemi’s campaign organisation, in the wee hours of Saturday by soldiers and the police. During the invasion, Mr. Daramola’s 87-year-old father was reportedly tormented.

In the end, however, I believe Dr. Fayemi’s defeat can be attributed to what, in Nigerian parlance, has since been described as the politics of the stomach, a politics Fayose and his party, the PDP, have apparently been proverbial masters of.

In my May 28 piece, I said it was “doubtful that the good people of Ekiti State would want a return to those locust years under Fayose and his PDP, a party he had called some of the nastiest names” after he was forced to leave following his impeachment.

Obviously the two decided to make up and proceed to do what they know best how to; buy the poor masses’ votes, as could be seen, for example, from well-publicised long queues of people collecting free bags of Fayose’s rice at PDP campaign rallies, something Dr. Fayemi could obviously not bring himself to do but which, even if he was disposed to, his government simply did not have the resources to match the deep pockets of those behind Fayose.

It can, of course, be argued that when the chips are down, politics, for the masses at least, is essentially about the stomach. As Thomas Phillip Tip O’Neal, the legendary Speaker of the US House of Representatives, once put it, all politics is in the end local. In other words, a successful politician is one who can address the simple everyday concerns of those whose votes he/she seeks, rather than one who would appeal to big and abstract ideas like Democracy and mouth empty slogans like Transformation or Change. O’Neill should know; he served in the House for 34 years from 1953, the last 10 as Speaker before he retired in 1987.

The difference between Nigeria and the US, it seems, is how their masses perceive their concerns. Whereas the ordinary American has a long term view of his needs, the ordinary Nigerian’s view, circumscribed by his abject poverty, is that of satisfaction here and now.

This can only be the explanation, at least in part, of why Fayemi, who touched the lives of the people of Ekiti like no other politician before him, would come a very distant second to someone whose administration was a byword for corruption and mismanagement.

However, while we can debate the reasons for Fayemi’s defeat, the defeat itself is undisputable. It is to his eternal credit that he accepted it with an uncommon grace. Hopefully, Fayose will respond with the same grace, and not behave with the kind of arrogant triumphalism common to our politicians, as he promised he would in accepting Fayemi’s congratulations.

Three years ago Fayemi was chosen as the Governor of the Year by Leadership.  By his courageous act of accepting his defeat, the man, for me, deserves the honour of being the Man of our 15 years of civil rule.

This article was first published in The Nation on Wednesday, June 25, 2014.