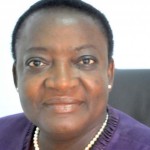 Ekiti State Governor, Dr. Kayode Fayemi, has described the death of former presidential spokesperson, Mrs. Oluremi Oyo, as a great loss to the state and Nigeria as a whole.

The Governor in a statement by his Chief Press Secretary, Mr. Olayinka Oyebode, said Mrs. Oyo’s death is a bitter pill to swallow at this critical period in the history of the state and the country.

Fayemi said the death of the former Managing Director of the News Agency of Nigeria (NAN) has robbed Ekiti of yet another shining star at a period the state is yet to recover from the mourning of the loss of some of its illustrious citizens who died recently.

He noted that Mrs. Oyo bestrode the journalism profession like a colossus rising to the pinnacle of the profession as President of the Nigerian Guild of Editors (NGE), Senior Special Assistant (Media) to the President and Managing Director, NAN.

Fayemi explained that Mrs. Oyo positively projected the image of the state in the various capacities she served her nation and humanity and had a stellar career in the public service.

The Governor noted that Mrs. Oyo was always proud of her Ekiti origin and positively contributed to the development of her native Usi-Ekiti in her lifetime.

He said the sterling qualities of Mrs. Oyo earned her the presidency of the NGE, an office which was hitherto dominated by men becoming the first woman to occupy the position.

Describing the job of a presidential spokesperson as highly demanding, the Governor noted that the deceased handled the assignment with utmost sense of responsibility and diligence.

While praying God to grant the family, associates and admirers of the deceased the fortitude to bear the monumental loss, the Governor urged the family of the late NAN chief to take solace in her positive contribution to nation building and humanity.

He said the government and people of Ekiti State are also mourning the passage of a great patriot who impacted positively on her generation.