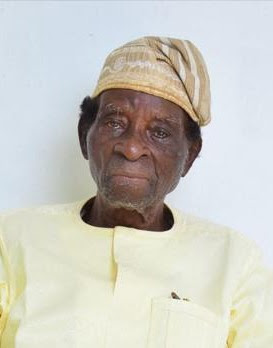 Asiwaju Oladeji Fasuan, MON
Chairman of the Committee for the Creation of Ekiti State
This week, we are pleased to feature an elder statesman, Asiwaju Oladeji Fasuan as our Oni Uyì, Oni Èye of the week. Asiwaju Fasuan hails from Afao-Ekiti and during his active years, he excelled as a Development Economist, Permanent Secretary, Public Affairs Commentator, and Community Leader.

He was the Chairman of the Committee for the Creation of Ekiti State (May 1991 – October 1996). He was a member of the Constituent Assembly representing Ekiti Central (1988-1989) and also a Federal Commissioner in the Revenue Mobilization Allocation and Fiscal Commission in Abuja. He holds the National Honour of Member, Order of the Niger (MON).

His noble character and his many decades of service to the nation has made him a worthy reference of the quintessential Ekiti man, and it was a fitting tribute to his legacy that providence designed that he was born on a date that eventually became the country’s National Day, and subsequently the date Ekiti state was created.

As we mark the 25th anniversary of Ekiti State and Nigeria’s 61st anniversary on October 1, 2021, we would also be celebrating this great man of honour on his 90th birthday.