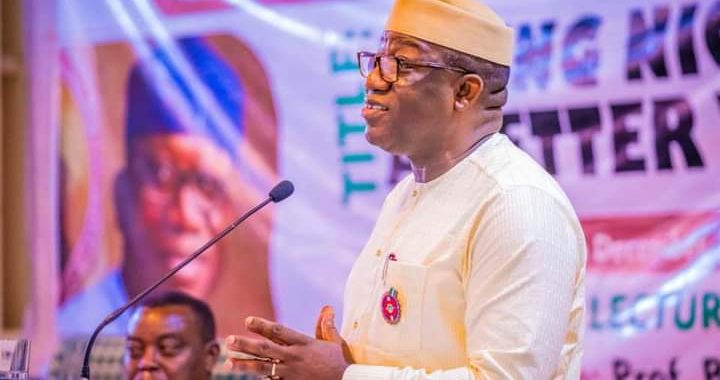 Ekiti State Governor, Dr Kayode Fayemi has called for an effective domestic policy and political restructuring for Nigeria to have meaningful international engagement among global communities.

The Governor also emphasized the need for the country to address its internal political and economic challenges to be able to utilize its resources in securing its rightful position in Africa.

Dr Fayemi, made these assertions on Thursday at the 60th anniversary lecture of the Nigerian Institute of International Affairs (NIIA) in Lagos.

The Chairman of the Nigeria Governors’ Forum was also invested as a Fellow of the Nigerian Institute of International Affairs ( FNIIA) at the lecture which was chaired by a former Minister of Foreign Affairs and one time Director General of the institute, Prof Bolaji Akinyemi.

Governor Fayemi in his lecture titled “Fixing Nigeria for a Better World”, disclosed that the current discontent and agitations in the country were clear indications of the current structural challenges that needed to be addressed by all the constituent units of the federation.

He maintained that there must be domestic peace, national cohesion, coherence and confidence among Nigerians and their leaders to engage meaningfully with neighbouring countries and the rest of the world.

“It has long been established as a dictum that foreign policy is both a reflection and continuation of domestic policy.

“History teaches us that when countries are at peace with themselves at home and their citizens at one with the leadership, they are able more effectively to engage meaningfully with their neighbours and the rest of the world

“Conversely, when countries are in a state of internal turmoil and experiencing statehood challenges, the tendency has been for them to be less able to engage robustly with the rest of the world.

“Domestic peace and prosperity are necessary initial conditions for a stable, productive and meaningful interaction with the global community. Domestic turmoil, instability, and disarray have distracting effects that add up to reduce the reliability and effectiveness of the countries concerned in the global politics that nations play among themselves.

Despite the myriad of internal challenges confronting the country, Dr Fayemi stated that Nigeria must not shirk from its responsibility towards neighbouring countries, noting that their peace and prosperity are vital to the country’s socio-economic growth.

According to him; “Nigeria should not be so bogged down by its own internal challenges to the extent that it is therefore unable to rescue its less-privileged neighbours who always look up to her for help.

“Let me be categorical in saying that despite our domestic challenges, we must not shirk our responsibilities towards our neighbours for it is when there is peace around us that we can truly enjoy peace and prosperity within our territory.”

Speaking on the advantages Nigeria can leverage on to ba a major actor in the international system, Dr Fayemi listed the country’s population, talents, agricultural and natural resources including gas, oil and other different solid minerals as privileges that placed Nigeria on league of international actors to watch out for.

The Governor, in a glowing tributes to pioneer scholar in Nigeria’s international relations, maintained that Nigeria through foreign policy activism played a front line role in the liberation of Southern African and strengthen bonds of solidarity among African countries.

He identified sense of national purpose, leadership preparedness, coherence and mutual unity as factors responsible for the country’s effort in championing a more stable global order.

He said; “I recall with pride and some nostalgia, the dexterity and aplomb with which, within the overarching ambit of the doctrine of Africa as the centerpiece of Nigeria’s foreign policy, the country took a frontline role, backed by our collective will as citizens, to drive the decision of the Organisation of African Unity to recognize the Popular Movement for Liberation of Angola (MPLA) as the legitimate party of power in independent Angola.

“Murtala Mohammed’s game-changing speech at the 1975 Extraordinary Summit of the OAU, ‘Africa has come of Age’ where he affirmed that the continent would no longer entertain interference from extra-continental busy bodies was a bold and courageous push for African independence that reverberated across Nigeria, Africa, and the entire black world.

“It was a high moment in Nigerian foreign policy engagement that also tallied with the drive by the Murtala-Obasanjo military administration to promote a programme of domestic national reset.

Earlier, the Chairman of the lecture, Prof Bolaji Akinyemi commended the institution for sustaining the dreams of the country’s founding fathers.

He applauded Governor Fayemi for regularly sharing his vision and dream with the country and the world. 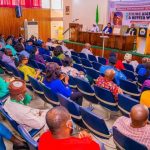 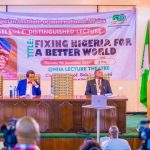 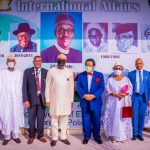 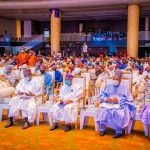