Governor of Ekiti State, Mr Abayomi Oyebanji on Wednesday concluded a three-day Ministerial Briefings by heads of MDAs in a bid to review performance and rejig their activities in preparation for the realization of the 2023 budget.

The briefings which started on Monday and ended on Wednesday at the Executive Council Chamber, Governor’s Office, Ado-Ekiti also had the Deputy Governor, Chief (Mrs) Monisade Afuye; the Secretary to the State Government, Dr (Mrs) Habibat Adubiaro; Head of Service, Barr. Bamidele Agbede and other Executive Council members in attendance.

The Governor, who also expressed the decision of his administration to utilize the potentials of various arms of government to drive his administration’s agenda for policy implementation, stated that the essence of the briefings was not to chastise or witch-hunt any office on performance, but to know the facts on running of government programs in the respective MDAs and Parastatals.

He charged the MDAs to be proactive by looking inward by being creative and not relying solely on allocations directly accrued to them before carrying out the necessary obligations but putting in extra efforts to support government’s drive at ensuring effective service delivery.

The Governor stressed the need to explore an all-inclusive and participatory government to ensure successful project execution and other engagements from the MDAs in his efforts to drive set agenda for policy implementation to enable him deliver on his mandate to the people.

Briefing the Executive Council, the MDAs took a turn to give an account of their functions, achievements, challenges and way forward. 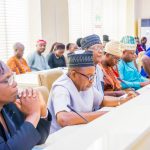 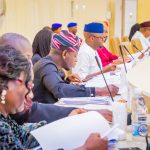 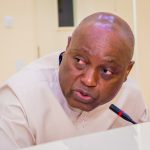 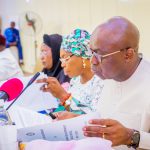 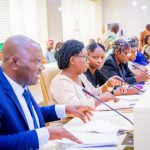 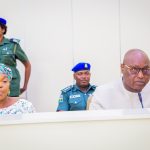