The Governor of Ekiti State, Dr Kayode Fayemi has congratulated Mr Biodun Abayomi Oyebanji, on his victory at Saturday’s governorship election in the state.

Dr Fayemi also congratulated the leadership of the All Progressives Congress (APC) for the victory as well as the Ekiti electorate, whom he said made an informed decision.

The Independent National Electoral Commission ( INEC) has declared Oyebanji, the All Progressives Congress (APC) candidate and former Secretary to the State Government as winner of the election having pulled a total 187,057 votes in the keenly contested election.

Dr Fayemi in a congratulatory message in Ado- Ekiti on Sunday, described Oyebanji’s victory as well deserved, adding that it was a befitting honour for a man who, in the last three decades, had committed his time, energy, talent and resources to the development of the state.

“Ekiti people have spoken loud and clear. The outcome of the election has shown that Ekiti people are honourable people, who always support and reward leaders who have served them diligently and faithfully.

“Oyebanji is irrevocably committed to the Ekiti project. I have no doubt that the new Governor- elect will serve Ekiti people diligently, and create opportunities for other young people to aspire to and attain great heights” 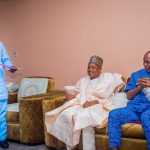 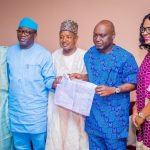 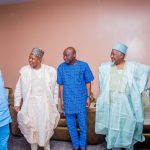