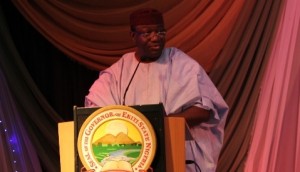 Why do governments keep secrets? The reasons are as simple and straightforward as they are complex and complicated. Everyone keeps secrets – nations; business organisations; spiritual bodies; individuals all keep secrets. It appears that secrets have existed since time immemorial; even God keeps secrets; otherwise, a rebellious Lucifer could have had the better of Him.

Nations develop elaborate paraphernalia not only to keep secrets but also to pry into the secrets of other nations. Sensitive documents are classified to make it a crime for any unauthorized persons to access them. Funnily, the same nations and organisations that leave no stones unturned to keep their secrets also go to great lengths to unmask the secrets of others. Conventional wisdom was that nations spy on their enemies and or competitors; latest discovery is that nations also spy with equal ferocity on their friends and allies.

The expose of Wikileak’s Julian Azange and, lately, Snowden’s confirms this. The spy industry is vast; the budget is huge, and the risks involved awesome. It is a warfront of its own. The goals are to keep an edge; gain an advantage; undermine competitors or perceived foes. Intelligence-gathering is an important, even indispensable, aspect of modern-day governance. Without good intelligence, a country suffers, as Nigeria has witnessed in its confrontation with Boko Haram. Good intelligence, on the other hand, brings bounteous rewards, as the United States of America demonstrated with its sting operation that snuffed life out of al-Queda leader Osama bin Ladin.

Private organisations also guard their trade secrets jealously; multi-nationals such as Coca-Cola, Seven-Up, Guinness, Nigerian Breweries etc will never reveal their special\winning formula. Even eateries, from the “Mama Put” to the big-time restaurants, keep their cooking formula close to their chests. As a young reporter, I interviewed the woman who started the famous “Akara Osu” near Ilesa, Osun state. Despite that hundreds of others had flooded into the business, her “akara” remained distinct because she kept the formula close to her chest. I found out similar thing with “Dodo Ikire” whose originators from hinterland Apomu insisted that their “dodo” was special and better than the Ikire imitation. Being secretive is, therefore, not altogether a bad idea; Scriptures enjoin us to keep some secrets from him\her that lieth in our bosom. There must be a limit to secret-keeping, however; especially by governments whose mandate it is to serve the people.

Wikileak and Snowden have conclusively proven that secret-keeping taken too far can become counter-productive. People’s rights and controls over their governments can be seriously compromised and government can become an octopus prying into every aspect of our lives. To keep governments in check, we have different in-built mechanisms of checks and balances in practically every form of government.

Recently in Nigeria, the frontier of checks was expanded with the Freedom of Information Act, meant to empower the media as the prying eyes of the public to demand access to information deemed to be of public interest. While governments generally still prefer to work against the FoI, some, like the Ekiti State Government, have domesticated the law in their respective states. Why do elected officials like to keep governance in the closets? Why can’t the business of the people be conducted in the open? The reason is simple and straightforward: Such officials have something to hide.

They have skeletons in their cupboards. One critical area where our leaders do not want us to pry is how they spend our money. Many of them would like to keep this card very close to their chests. The Federal Government is as guilty of this as many of the state governments straddling party lines. In the last two weeks, the Jonathan administration has been assailed on many fronts regarding its opaqueness. How much money accrues to the country’s coffers remain fairy tales. Penultimate week, CBN Gov. Sanusi Lamido Sanusi raised the alarm that close to $50 billion was missing; after “reconciliation meetings” of the relevant agencies, Sanusi said the missing amount was now $12 billion whereas the Minister of Finance, Ngozi Okonjo-Iweala, said it was $10.8 billion. Either way, the amount said to be missing is more that the FG’s capital budget for a budget year!

If we shift focus from that and inquires about the country’s debt profile, we end up in similar quagmire: How much does the nation owe and why owe so much not long after we exited the Paris Club and its debt trap? The FG operates a voodoo economics whereby it sells crude oil at high price but keeps the budget benchmark at a ridiculously low level.

That way, it runs huge but contrived budget deficit and to balance the budget, it runs to the market to borrow money at cut-throat interest rates, whereas its own surplus receipts from the sale of crude oil, which it keeps in an escrow account, attracts ridiculously low interest rates. It is like a man who keeps his savings in a Savings Account which attracts interest rate of between 2 and 6 percent but goes to borrow from a commercial bank at the rate of between 21 and 35 percent. Is it not better for him, rather than borrow, to use up part of his own savings and save himself the debt burden? What is more worrisome is that the same so-called savings in the escrow account are eventually surreptitiously withdrawn and squandered by the same FG as Rivers state Gov. Rotimi Amaechi alleged recently.

Our debt portfolio, both domestic and foreign, has mounted again, such that servicing obligations alone are becoming crippling already. The sadder aspect is that this debt burden is not limited to the FG alone but has, like a virus, infected the states and local governments. Like the FG, not many states are ready to declare their debt portfolio. According to information gleaned from unofficial sources, some states are even more indebted than the FG when you consider the affected state’s capacity to carry the huge debts they have incurred.

It is in this regard that I find Gov. Kayode Fayemi of Ekiti state worthy of commendation and emulation. When the controversy over his state’s debt profile broke, he did not hide under semantics or play to the gallery. First, he announced the state’s debt profile: N20billion sourced from the capital market; the interest rate: 14.5%; amount deducted at source monthly to repay the debt: N400million; amount already paid; N12 billion; why the state resorted to the capital market: because it was cheaper than the commercial bank interest rate of 21\22%. Fayemi also announced that going by the repayment terms, he would finish paying before the end of his first term; therefore, he would not pass any of the debt to his successor; even though he still has a chance to continue in office for another four years. He also attached the list of the projects he expended the loan on, and these are verifiable projects.

How I wish this transparency and accountability of Fayemi is country wide! Ironically, it is even not party wide! In the same party with Fayemi is another governor who has refused to come clean and clear on his state’s debt profile like Fayemi has done. I read an interview of the governor where he was pointedly asked the question: What is your state’s debt profile? He immediately became an ASUU member; lecturing on the acceptable ratio of debt per GNP but avoided answering the question. He must have something to hide. This governor should come clean like Fayemi by telling us with his own mouth the debt profile of his state; the interest rate; how much he is paying monthly; how much he has already paid; when he will finish paying; and then he should attach the list of projects to each loan.

There are two more areas where I would like to commend Fayemi to his peers and even to the FG, if you pardon my effrontery. When the Ekiti governor marked his third year in office, I read in the newspapers that he commissioned an avalanche of projects state-wide; his opponents, thinking they were pulling him down, alleged that some of the projects he commissioned were initiated by his predecessors. And I began to wonder: Were they expecting him to have abandoned such projects simply because they were initiated by his predecessors? So if these critics get into office, is that what they will do – abandon all projects started by their predecessors? Who loses thereby – is it not the state? A bane of our public service has been the litany of abandoned projects all over the place. I think Fayemi deserves commendation for not playing destructive politics of abandoning what he met on ground. He did the right thing by taking them over and completing them. I wish that governments all over the country will imitate him in this wise.

Finally, Fayemi, in an interview recently, said he has an alternative address to the Ekiti State Governor’s Office or Government House; he said he travels mostly on his own private account and not government’s. Let me confess that I was one of those who used to think he was delivering too many lectures all over the place – but now I understand why. We have heard stories of former governors who, when they left office, moved both the Governor’s Office and Government House to their new residence. We have also heard stories of former governors – some will add, former Presidents! – who, after leaving office, still continued to struggle the reins of power with their successors. Who knows, how much of such bad-belle between estranged god-father and god-son is responsible for the letters flying right, left, and centre!

Let the leaders emulate Fayemi: There is life after public office. Let no one be a professional politician. Go back to your original profession when you leave office. That is what they do in the advanced democracies rather than for former leaders to continue to breathe down the necks of their successors; pry into things; and heat up the polity. Former leaders can get themselves busy in other productive ways like Fayemi is doing; they should also, like Fayemi, avoid the temptation of getting too cosy on government largesse while in office so that they will find it within their means to maintain themselves when they are out of office. Let former leaders leave opposition to the opposition political parties. If you were a farmer; return to your farm. The country needs chicken for its teeming population. If you were a lecturer, return to the classroom; ASUU has said there are over 60,000 teaching vacancies in our public Universities alone. Understood?

This article was first published in Sunday Tribune