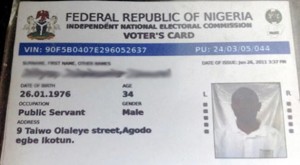 It has been the unalterable position of this writer that the Jonathan presidency’s main pre occupation with the 2015 presidential election is  now how to vitiate the votes of key opposition geo-political zones, where elections hold at all, because as things stand today, the arithmetic, going by the population of each zone, is a major source of concern to it. These include the North West where there are now increased waves of reciprocal mass killings between groups that have, like forever, lived together in peace; the North East which, no thanks to years of internal misrule, has played into their hands by birthing the ferocious Boko Haram and, of course, the South west, which must reckon as the greatest obstacle to Jonathan’s 2015 ambitions. To take care of the  Southwest, not only has the presidency assembled the usual political outcasts in the region, it has successfully breached what was hitherto an impregnable regional elders’ redoubt with the result that men you could count on a few years back have completely sold out.

The above scenario, especially in the Southwest,  has yielded circumstances so bewildering a very  respectable, completely apolitical Yoruba Diasporan Think Tank, the OODUA FOUNDATION, whose members are drawn from academics and the professions, and residing in various countries across the globe but with its international headquarters in the state of Delaware, United States of America,  has cried  out to draw attention to the likely, very  grave consequences of allowing history repeat itself in the region.  In its clarion call dated  4, May 2014 and titled DO NOT START VIOLENT CONFLICTS IN THE YORUBA SOUTHWEST OF NIGERIA, the group, in a powerful  1500-word statement that would have to be paraphrased  here for lack of space, declared as follows:

“We are alarmed by the trends that we see in the politics of our homeland in Nigeria. We discern a truculent resoluteness to foment very tangled violence in our homeland in southwestern Nigeria in the months ahead. We Yoruba are an ancient civilisation; we had lived for over a thousand years in well-organised kingdoms and cities before the coming of European colonialism at the end of the 19th century. We command the cultural capability to change our rulers smoothly by conducting free and fair elections. In the decade before Nigeria’s independence, when the British overlords allowed all sections of Nigeria to elect their rulers, we ran free, fair and decent elections and became the pace-setter in the development of democratic politics in Nigeria. We became the first people in Africa to institute universal Free Education for our children, and the first people in Africa to make television available to our people. Our politicians are more than able to compete peacefully and responsibly at elections, to responsibly accept the outcomes of free and fair elections, and then to go on to give our people competent and accountable leadership and governance.

Since independence in 1960, we have constantly demanded that we be allowed to run the free and fair elections that the masses of our people desire. In resistance to the crudely and violently fraudulent elections that have become the dominant and abiding character of Nigerian politics, many of our youths lose their lives at every election. We want this kind of loss of lives at elections to end in our nation. In particular, we are desperate to ensure that, in the State elections that will come in our homeland between now and August, the machinery of federal power at the disposal of some powerful politicians will not be able to bring electoral fraud and its usual consequences over our homeland.

From various directions and sources, indications seem to be accumulating that the Yoruba homeland of southwestern Nigeria could be heading towards serious, cataclysmic, violence.  This is easy to discern in the tortuous electoral politics being generated among the people, the worried looks among the people, their utterances, and their numerous writings in countless outlets.

The immediate backdrop to this picture is the approach of gubernatorial elections in two of the six Yoruba states of the Southwest in June and August 2014. The historic background is that the Southwest is the part of Nigeria where the common people have had, since the independence of Nigeria in 1960, to put up stiff, often violent, resistance to the brutal rigging of their elections by federal electoral agencies and officials, which acts of electoral fraud have often occasioned bloody conflicts, death and ruin.

Owners of an ancient political culture that was based on orderly selection of rulers, the Yoruba people of Southwest Nigeria have demonstrated uniquely high regards for free, fair and orderly elections in modern times.  Unfortunately, they belong to a federal Nigeria in which the holders of federal power assume that it is part of their prerogative to rig elections in any part of Nigeria. Yoruba resistance to the federal acts of electoral fraud in the Yoruba homeland has produced some of the most serious uprisings in the history of independent Nigeria. Their epic three-month uprising against the federally backed rigging of their Western Region’s election in October 1965 was responsible for destroying the first government of independent Nigeria and ushering in the first Nigerian military coup and military dictatorship. Because the Nigerian federal rulers, agencies and officials have continued, nevertheless, to disregard Yoruba cultural sensitivities in the matter of elections, they have, in the years since 1966, pushed the Yoruba into many other serious acts of resistance. The fear today is that rigged elections in any part of the Yoruba homeland could provoke Yoruba reactions that could escalate into horribly wider conflicts beyond election protests.

On aggregate, the Southwest is about the only  peaceful area in Nigeria today. It’s  well-known culture of religious tolerance, and open-handed hospitality to, and smooth inclusion of, foreigners into society, has for decades made the Southwest the destination of most Nigerians fleeing from their poorer, insecure, or conflict-rattled homelands. For decades, Nigeria has increasingly experienced conflicts, violence, high crimes, inter-ethnic and religious blood-letting in most of its regions. These have reached a peak today, especially with the killings and devastation carried out by Boko Haram. More and more, the picture is that Nigeria lacks the capability to control these violent troubles.

Finally, we serve notice that we are hereby taking this important matter to the attention of the most important members of the international community – in particular to the United Nations, the European Union, the African Union, and the Foreign Ministers of the United States, Britain, France, Germany, Russia, China, Japan and Canada”.

It is just as well that authentic Yoruba opinion molders, not some concentrated political outcasts and their newly acquired collaborators, have spoken. President Jonathan can, in all ‘innocence’, claim he knows nothing of all these shenanigans but we know their antics too well to be deceived all over again. We know, for instance, that those who announced their willingness to invest their billions in this looming ‘electoral heist’ are already, as has become the norm in the politics of their part of Yoruba land, in agreement with INEC and key security officials, to make available to them  for use in the two elections, only those electoral officers and security agents who will be  prepared to swear to oaths, probably lying naked  in coffins, after which they  will  be handed huge bribes.

I would like to conclude by saying that given the  circumstances in which the misuse of our security forces  by the likes of  the Minister of State for Defence has resulted in the United States, for instance, reportedly becoming  rather reluctant to share intelligence with the entire Nigerian security architecture, it is hoped that the Commander-in-Chief will think twice before deploying our soldiers, especially,  and policemen to unwholesome election duties in Ekiti and Osun states given the utmost certainty that such unedifying assignments will further compromise our military and bring our country to further ridicule in the international community. I think the Boko Haram war front is too bloody and sickening enough to dare open another with its ramifying consequences

By Femi Orebe
This article was first published in The Nation on Sunday, May 18, 2014.