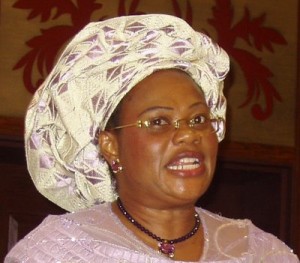 The Governor in a statement by his Chief Press Secretary, Mr Yinka Oyebode said Akunyili’s death has robbed Nigeria of a committed patriot and a selfless servant of the people.

Governor Fayemi expressed deep regret that another precious jewel of the nation has been lost to the scourge of cancer.

He said Akunyili will be remembered for the prominent role she played in leading the fight against fake, substandard and adulterated drugs.

Mrs Akunyili, according to him, excelled in all capacities she served because of her undying love to affect her generation positively.

The Governor explained that Akunyili has immortalized herself in the consciousness of Nigerians by turning NAFDAC to an agency of positive change in Nigeria.

He added that Akunyili’s tenure as Information Minister created a better image for Nigeria in the comity of nations.

Dr Fayemi prayed God to grant the family of the deceased the fortitude to bear the loss.