…as Governor Fayemi calls on Industrialists to invest in the state

Performing the commissioning of the complex in Ado-Ekiti, Governor Kayode Fayemi called on both local and international Industrialists to avail themselves of the new facilities and invest in the state in an effort towards the much needed industrialization and economic viability.

The Governor, who noted that the inauguration of SON’s permanent office was timely with the recent feasibility study and design of Ekiti Special Economic zone infrastructure currently ongoing through the ADB middle income technical assistance grants, added that it would enhance the economy activities of the state like never before with standard and quality assurance in its proper place.

While reiterating the frontline position of agriculture in the state, Dr Fayemi solicited for support of the SON to the farmers and processors through value addition to farm processes and products to help increase commercial activities in the state.

He said his administration would always maintain zero tolerance for substandard products and services in all its ramifications adding that the project would compliment the efforts of his administration in ensuring standards thereby boosting the socio-economic activities of the state aimed at saving people from wasting financial resources.

Dr Fayemi said, “Without being immodest, Ekiti people are known for maintaining standards and the aim of our administration since its inception have being to create an enabling environment, so I will not compromise standards, this have in no small measure aided the rapid industrialization potentials of the state and our people.

“I am not oblivious of the SON operations in Ekiti state and its efforts to make standards the watchword of our people, with the commissioning of this befitting edifice today in Ado-Ekiti, SON has shown more readiness for proper execution of its mandate and as a responsible government, I wish to reiterate our preparedness to partner with the organization in achieving its giving mandate of improving the lives of Ekiti state residents through maintenance of standards.

“As a government, our administration has always maintained zero tolerance for substandard products and services in all its ramifications, it is therefore a great delight for me to find out that this building is not just an office complex but designed to accommodate a laboratory which will go a long way in increasing capabilities and capacity of product for standards and quality control in Ekiti state.

“I hereby call on the industrious people of our dear state for micro, small and medium scale enterprises to major industrialists to make use of this opportunity and avail themselves of the services and guidance of SON to drive the state towards the much needed industrialization and economic viability.”

In his keynote address, the Minister of Trade, Industry and Investment, Otunba Niyi Adebayo said the inauguration of the facility in Ekiti would not only expand the activities of the organization from the state capital to all local government areas but would also reduce the cost and turnaround time for test results as against transporting product samples to laboratories in Lagos or Enugu.

The Minister explained that the best way to check the rate of deaths associated with substandard products was to imbibe a standard assurance culture by making us the the agency’s services.

He however assured SON that Ekiti would collaborate with the organization to achieve the desired results.

In his remarks, the Director General of SON, Mallam Farouk Salim assured Nigerian that he would carry out the mandate of ensuring standard products and services and urged the people to patronize the agency for a safer and healthy society. 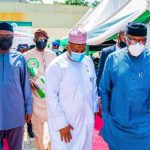 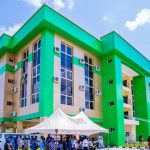 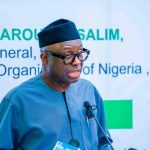 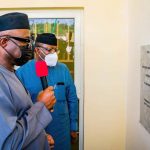 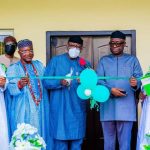