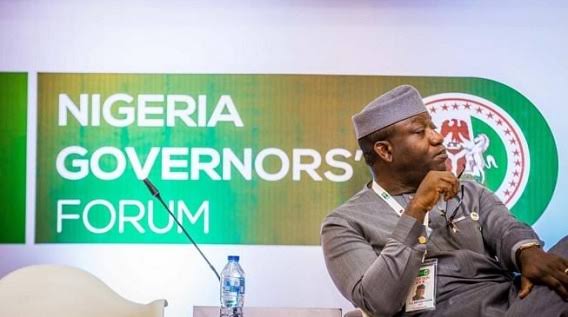 …as NGF donates N50m to families of victims of boat mishap

The Governor of Ekiti State and Chairman of the Nigeria Governors’ Forum, Dr Kayode Fayemi has called for a comprehensive strengthening of emergency response management across the country, as a way of minimising casualties during emergency situations.

Dr Fayemi stated this when he led a NGF delegation, comprising Governor Aminu Tambuwal (Sokoto) and Simon Lalong (Plateau) on a condolence visit to Kebbi State Governor, Senator Atiku Bagudu in Birnin-Kebbi, over last week’s boat mishap that led to loss of many lives.

Governor Fayemi said while accidents could not be totally avoided, it was important for agencies handling emergency/disaster management to be well equipped and prepared to respond swiftly.

This, he said, include ensuring safety standards were emphasized and ensuring manifests containing names and addresses of passengers are put in place to help identify people in case of accidents.

He also presented to the Governor, NGF’s donation of 50 million naira to families of the victims, adding that all members of the Forum sympathized with the government and people of Kebbi State on the boat mishap which he described as a national tragedy.

The NGF Chairman said: “We are here on behalf of all your brother Governors who are particularly shaken by the unfortunate accident in Yauri Local Government that led to loss of lives and injury of some of our traders who were traversing between Niger State and Kebbi State.

“Our prayers on behalf of all of us, your brother Governors of the 35 States is that God in his infinite mercy would grant the departed Al janna Fidau. forgive their sins and give those left behind the courage and fortitude to bear the loss.

We know this is not just a personal tragedy, it is a State wide tragedy and it is a national tragedy and those that are bereaved will definitely have the fallout of this to deal with and this is why your brother Governors have also decided that I on their behalf donate 50 million naira to the family of those that we have lost in this unfortunate accident.

We also feel that as Governors, it is a matter we must draw lessons from and one that emergency services in the country must be strengthened to respond to not just at the State level but also at the national level.

“So that we can avert this where possible and draw the necessary lessons and also ensure that these boats are not over crowded when they are traveling between various communities that they do.” He added.