The Governor of Ekiti State, Dr. Kayode Fayemi has declared that his administration has zero tolerance for execution of substandard projects.

The Governor made the declaration on Tuesday while performing the inauguration of Ekiti State Technical Committee (ESTC) and Ekiti State Expatriate Monitoring Committee (ESEMC) of the Engineering Regulations in the state.

Represented by the Deputy Governor, Otunba Bisi Egbeyemi, the Governor said the inauguration of the two committees would help reduce quackery in engineering practices in the state to the barest minimum.

The committees are to be guided by a seven-point terms of reference in carrying out their responsibilities in upholding the ethics and integrity of the engineering practice in the State.

The Governor commended the council and management of the Council for the Regulation of Engineering in Nigeria (COREN) in ensuring that engineering is practised in Nigeria in accordance with relevant codes of the practice.

Dr. Fayemi stressed that no nation can develop without engineering describing the profession as “the bedrock for infrastructural development which plays crucial roles in the development of our great country.”

He said: “The inauguration of the Ekiti State Technical Committee of the Engineering Regulations Monitoring of COREN is the birth of a new dawn in what I consider as COREN’s effort to revolutionize the practice of Engineering in Nigeria and domesticate the best practices in Ekiti State.

“With this inauguration, the era of mediocrity should be gone. Engineering must take its pride of place and be the driver in our development effort in our state.

” Let me reiterate that on carrying out engineering projects in Ekiti State, there will be no tolerance for quackery. In the same token, no engineer will be allowed to supervise any project except he or she is duly registered by COREN and possesses practising licence.”

The Governor also announced the approval of COREN’s request for an operational vehicle, an 18-seater Toyota Hiace bus and a parcel of land for the development of COREN office in Ekiti State.

The President of COREN, Engr. Ali Rabiu, hailed the Fayemi administration for embarking on the construction of 1,000 kilometers of rural roads across the state which he described as an “all round infrastructure development.”

Rabiu said the road projects are catalysts of job creation and advancing human and social security, among other benefits to the people of the state.

He noted that the inauguration of the committees are geared towards ensuring that engineering is practised according to the ethics of the profession and to enforce discipline among members.

The COREN boss stressed that monitoring of engineering projects cannot be effective if left in the hands of engineers alone urging the Governor to ensure that standards are complied with.

According to Rabiu, members of the two committees have been selected based on their experience, competence, sense of patriotism among other qualities which will ensure the maintenance of the integrity of engineering in Ekiti. 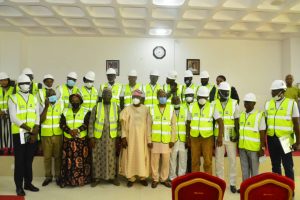 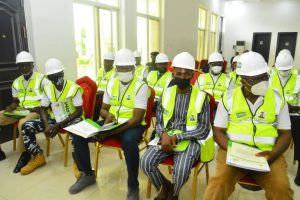 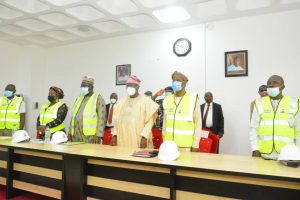 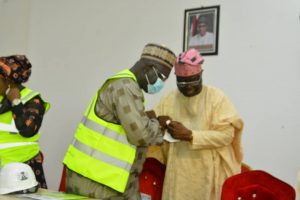 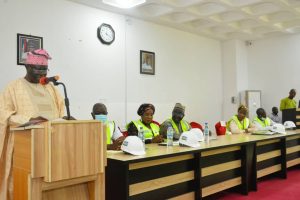