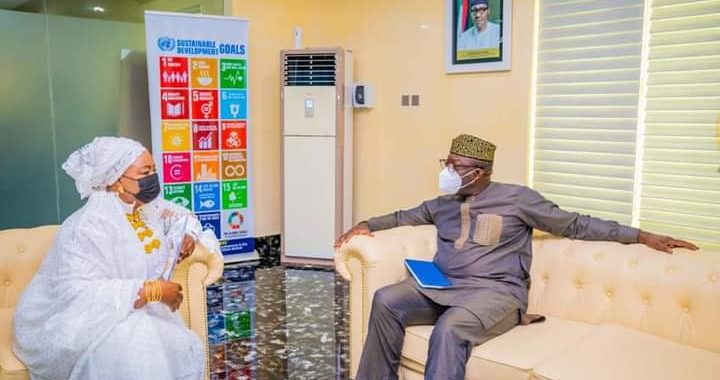 The Governor of Ekiti State, Dr Kayode Fayemi has called on the Federal Character Commission to focus more on deepening national unity and integration of the various facets of the nation including culture, ethnicity and religion.

Dr Fayemi, made the call in Ado-Ekiti on Wednesday while receiving in audience a team from the Federal Character Commission led by its Executive Chairman, Alhaja Muheeda Dankaka.

He noted that Nigeria, with its diversities, required a body like the FCC and commended the Commission for utilizing wide range of initiatives to manage such diversities.

He however challenged the FCC leadership to address the fundamental inadequacies in gender representation in the country, while reiterating urgent need to promote inclusion in all national activities.

The Governor said he was excited the commission, in addition to addressing issues of employment and positions in government, is also focusing on socio-economic amenities and even distribution of infrastructural projects nationally.

This, according to him, is more important to the people who are concerned about the lopsidedness in project distribution in the country.

“Any effort taken in fostering nation integration and national unity ought to be commended by all of us and this is one thing this body has been doing. I am particularly glad that you are moving away from just focusing on employment and positions in government to socio-economic amenities and distribution of infrastructural projects which is more important to our people because of evident lopsidedness in the infrastructural project distribution in the country.

“We can really deepen the bond of unity and improve on our bridge building efforts at a time that our country is going through challenges, this commission has a central role to really strengthen the bond of unity in Nigeria and I don’t think we have utilized you enough for this purpose.” Governor Fayemi said. 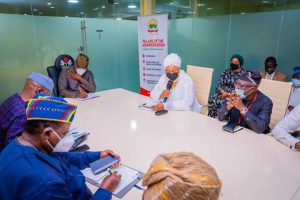 He urged the FCC to work with other institutions of State to achieve its set objectives, which according to him, are central in the second stanza of the National Anthem- to build a nation where peace and justice shall reign the only way to do that is to emphasize inclusion in everything that we do.

Earlier, the Chairman of the Commission, Alhaja Muheeda Dankaka said the commission was established with a primary focus of ensuring a strong, viral and indivisible nation based on fairness, equity and justice to promote national unity, foster national loyalty and give every citizen of Nigeria a sense of belonging not withstanding the diversities which may exist.

Dankaka disclosed that the commission has realized most of its mandate in the area of equitable distribution of social services and economic amenities as well as monitoring government agencies with the responsibility of providing road, power, transportation, housing and other projects to ensure that their distribution adhere strictly to the federal character principle. 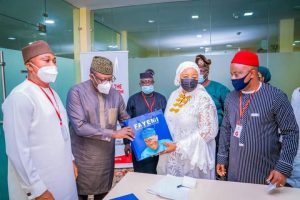