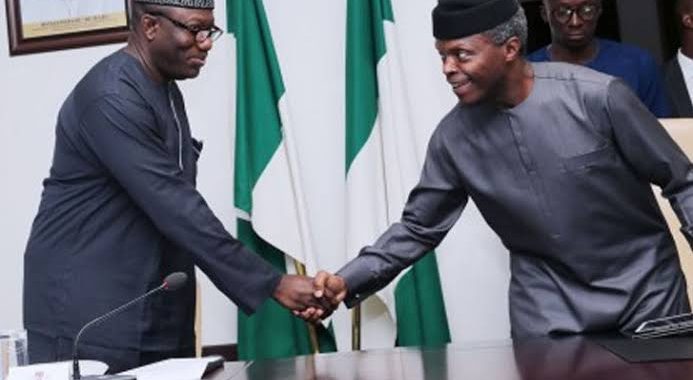 Dr. Fayemi in a goodwill message in Ado-Ekiti on Sunday, described Prof Osinbajo as a distinguished Nigerian, a pragmatic leader and man of honour with proven integrity, who deserves all the accolades befitting a national hero.

He described the Vice President as a man of many paths, who, early in life has devoted his time, training, and talents to the service of God, nation, and humanity.

Governor Fayemi also hailed Prof Osinbajo’s sacrifices during the country’s critical period, describing him as an invaluable asset, a selfless leader and a supportive Vice President to President Mohammadu Buhari.

“Prof Osinbajo is not only an accomplished Nigerian, he is a statesman par excellence and a leader who is truly committed to the unity and prosperity of our dear country.

“We can only wish him many more years of uncommon grace and honour as he continues to contribute to nation-building.

“The Government and good people of Ekiti State, celebrate our dear Vice President on his birthday and rejoice with him and his family and pray that God’s grace continues to abide with him in his nation-building efforts”, the Governor added.