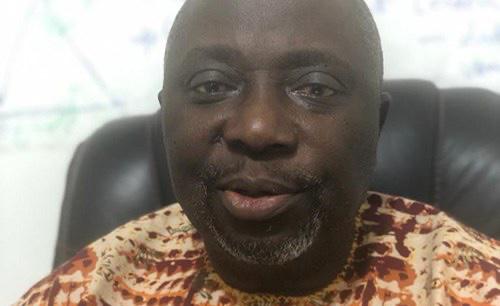 Governor of Ekiti State, Dr. Kayode Fayemi has congratulated renowned journalist and Co-founder/ Publisher of Premium Times, Mr. Dapo Olorunyomi, on his emergence as one of the four awardees of the International Press Freedom Award, 2020 by the Committee to Protect Journalists (CPJ).

Olorunyomi won the CPJ award along with three other journalists from Bangladesh, Iran, and Russia.

Dr. Fayemi, in a statement signed by his Chief Press Secretary, Yinka Oyebode, in Ado-Ekiti on Sunday, described the award as another feather to Olorunyomi’s cap and a befitting honour to the renowned journalist’s years of commitment to journalistic excellence and press freedom.

The Governor attested to Olorunyomi’s prowess as a first-class Nigerian journalist who, through dint of hard work, has built a global reputation and set a high standard in investigative and development journalism. He said the 2020 International Press Freedom Award is thus an icing on the cake for Olorunyomi’s glorious career, having dedicated the last three and a half decades to the practice of the finest brand of journalism.

Fayemi said: “hearty congratulations to our own Dapo Olorunyomi on this recognition by the Committee to Protect Journalists (CPJ) as one of the awardees for the 2020 International Press Freedom Award.

“This certainly didn’t come as a surprise to many of us as Dapsy has over the years demonstrated his penchant for journalism as a tool for development, freedom fighting, and nation-building.

“While we congratulate Olorunyomi for this honour, the challenge before him now is to commence a deliberate mentoring of the younger crop of journalists in development journalism. This he owes our country and his teeming admirers as we pray for his tribe to increase.”