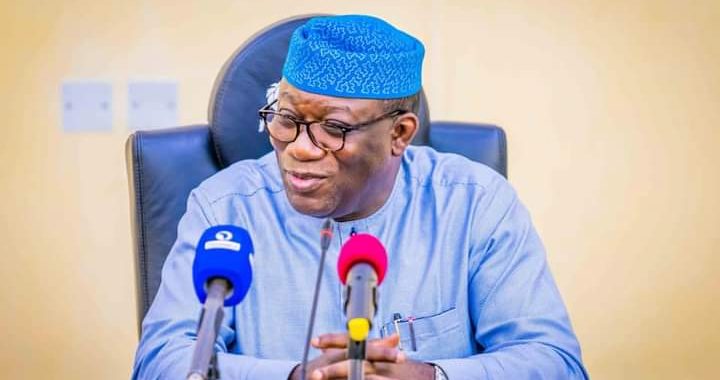 The Governor of Ekiti State, Dr Kayode Fayemi, and founder of Afe Babalola University Ado Ekiti, (ABUAD), Aare Afe Babalola have called for greater commitment from the citizens in sustaining peace and unity of the country.

The duo made the submission in Ado Ekiti on Friday at a dinner organized in honour of members of Alumni Association of the 3rd Regular Course of the Nigeria Defence Academy (NDA) led by former Senate President David Mark.

The NDA 3rd Regular Course alumni members including former military Governors Tunde Ogbeha, Col Raji Rasaki were in the State for the Annual General Meeting of the association.

Both Fayemi and Babalola spoke separately after their induction as honorary members of the Alumni Association. They agreed on the need for a new constitution that would strengthen the bond of unity, guarantee fairness and true federalism.

On his part, Dr Fayemi maintained that the unity of the country at this critical moment was worth standing for, adding that he believes in the possibility of a new and better Nigeria “if all would be committed to confronting the challenges that bedevile the country.”

According to the Governor, “When you see the contributions made by the officers of this set, you will know that in spite of the challenges, the hills that we have transversed right from amalgamation, to independence, to civil war and now to democratization, you see possibility in a new Nigeria, a better Nigeria, a Nigeria that is responsive and responsible and that is dedicated to serving the people is certainly possible and it is ahead of us.

“All we need to do is commit ourselves to it as a journey and not as a destination. And on that journey we are going to confront difficulties but there also going to be hope in those challenges and we are going to come out triumphantly, I am confident that Nigeria will triumph at the end of the day but we must speak truth to power.”

Restating his confidence that Nigeria would scale through its current challenges, Dr Fayemi urged members of the association and leaders at different levels to be committed to building a Nigeria spoken of in the second stanza of the national anthem – where peace and justice shall reign.

He said, “What you see in ABUAD is a demonstration and reflection of the possibilities of a new Nigeria not through secessionist agitation but through commitment that this country would be restructured, would be accountable and would serve its people in the best manner.”

The Governor who lauded the retired military officers for bonding together since their admission into the NDA in 1967, through their distinguished careers and in retirement, despite their diverse socio- cultural backgrounds, said mutual understanding remains a key word in building a united country.

“This country is on a precipice everybody knows that, we must ensure that we keep this country as one, let us have a new constitution similar to the one between between 60 and 66, less modification and of course true federalism.”

Earlier, former Senate President and Chairman of the Association, David Mark had commended Governor Fayemi for demonstrating strong commitment to governance through infrastructural development and implementation of policy and programmes for the betterment of the citizens.

Mark, who disclosed that members of the Association had been in the State for three days, said their visit to some state government projects like the Ikun Diary Farm confirms the governor’s patriotism and dedication to a better Ekiti.

Senator Mark said the Ikun Dairy farm with capacity for 10,000 litres of milk daily production was an excellent example of the possibility of raring cattle in a manner that herders and farmers’ clashes can be avoided “and a great way to use agriculture to drive industrialisation.”

“I am not surprised at this innovation knowing Governor Fayemi to be an innovative leader. The diary farm is an initiative that is worth replicating” Senator Mark said.

The former Senate Presidnet commended Aare Afe Babalola for his developmental stride, conception and setting up a world class University with huge investment in Agriculture and medicine.

One major highlight of the evening was a roll call of all members of the 3rd Regular course of NDA with recognition for the dead among them including General Victor Malu; General Abdulkadir Adisa and General Idowu Olurin, former Sole Administrator in Ekiti State, who passed on last month. 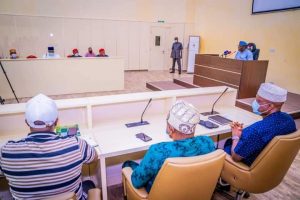 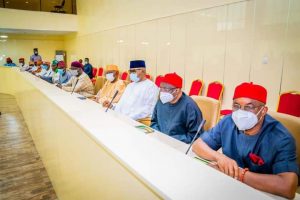 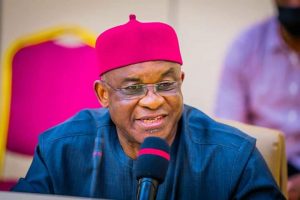