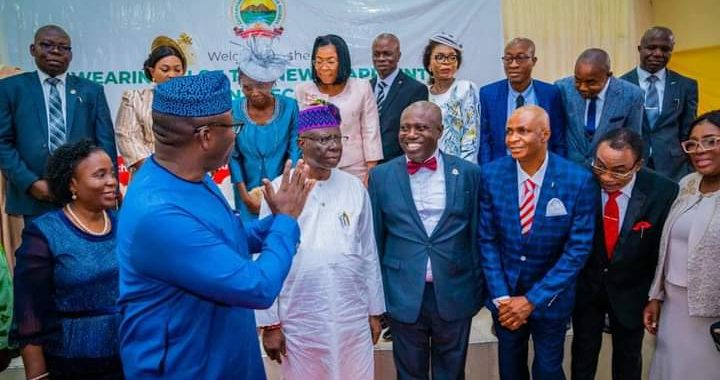 The Governor of Ekiti State, Dr Kayode Fayemi, on Monday sworn in 14 Permanent Secretaries in the State Civil Service, with a charge to them to make professionalism and value addition the key words in the discharge of their duties.

Dr Fayemi, who spoke at the event that took place at Adetiloye hall, Ado Ekiti, said public service requires competent administrators that are well equipped in responding to contemporary challenges confronting the world and the nation.

The Governor, maintained that his administration has always embraced merit- based appointment to ensure competent and robust human resources architecture that would bring multiple perspective to the public service and ensure professionalism.

He disclosed that the permanent secretaries were appointed based on their track record of performance, skills and characters and with the hope that they would continue to provide mentorship and good examples to junior officers in sustaining the practices and legacies of public service.

Dr Fayemi, said in less than four years of his administration, 42 Permanent Secretaries, two Auditors General, 10 General Managers, one Surveyor General and 31 Executive Secretaries had been appointed into the state public service.

Revealing some of his recent achievements in the public service, the Governor disclosed that he had approved the appointment of long serving temporary officers in the broadcasting service of the state and implemented the financial benefit of 2017 and 2018 promotion. He added that the resort center at the secretariat and newly renovated public service commission building have been completed and ready for commissioning and use.

He charged the newly sworn-in permanent secretaries to justify the confidence repose in them by upholding the rules and principles guiding the ethos of public service and as well remain committed in implementing the people oriented policies initiated by his administration.

”I have no doubt that your antecedent in the public service have paved way for you to be worthy of your new elevation and I enjoined you to see the appointment as a call to dedicate yourself even more in the service of our dear Ekiti State. Your attainment of leadership status in your chosen career is not just about title, but one that requires vision, selflessness, more hard work, and more commitment.

“As a responsive government, let me intimate you that we will continue to fulfil our pledges to the civil service, we have implemented financial benefit of 2017 and 2018 promotion, despite available limited resources, I have also approved recently the appointment of suitable and long serving temporary officers in the Broadcasting Service of Ekiti State.

“The Resort center at the secretariat and the newly renovated public service commission building are now ready for commissioning and subsequent usage. This government will continue to enhance the capacity of our public institutions and accord the welfare of our workers utmost priority within our limited resources.”

The governor while reiterating his mantra that no election is worth the blood of anybody in the State, called on leaders of the civil service to propagate the gospel of peace across the length and breadth of the State. 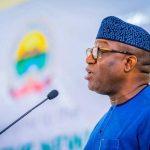 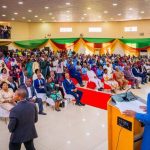 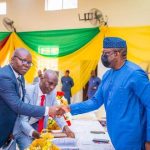 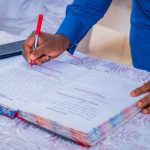 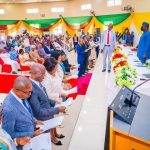 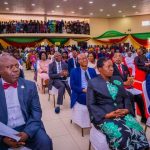 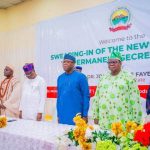 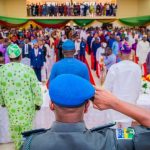 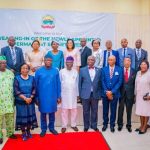