…restates commitment to accountability in government

The Governor of Ekiti State, Dr. Kayode Fayemi, on Tuesday inaugurated the State Audit Commission building to provide office accommodation for management and workers of the Agency.

The Governor also commissioned the Public Service Resource Centre in a bid to enhance learning activities and build workers’ capacity.

He revealed that the Public Service Resource Centre that was inaugurated is fully equipped with regular power supply, and Internet facilities to motivate workers to give their best in the discharge of their duties.

Dr. Fayemi explained that his administration granted autonomy to work the Offices of the State Auditor General and Auditor General for Local Government to demonstrate its commitment to accountability.

The Governor explained that his administration provided the necessary frameworks in line with the best international practices to fully entrench probity, transparency and accountability in the system.

He said: “The Administration undertook measures to ensure high standards of accountability and transparency in our accounting and financial systems by providing the required legal frameworks.

“This is in line with the World Bank Public Expenditure and Financial Accountability (PEFA) and State Fiscal Transparency Accountability and Sustainability (SFTAS) Programmes.

The Governor further stated that the Audit Reform has enhanced the status of auditors in the Public Service while requiring them to have the skill set to cope with the demands of the profession in contemporary times.

Speaking earlier, the Ekiti State Audit Service Commission Chairman, Mr. Ayoola Owolabi, hailed the Governor for approving the funds for the execution of the project for the smooth take off of the agency.

The Audit Service Commission boss also expressed his gratitude for the furnishing of the building with all the necessary gadgets which he said will boost the workers’ service delivery.

Mr. Owolabi gave the assurance that the Commission shall discharge its duties with best practices on line with the Fayemi Administration’s cardinal objectives.

He appealed to the Governor to see to the need for the appointment of a substantive Secretary for the Commission on line with the extant law establishing it. 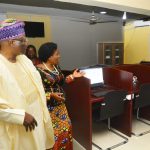 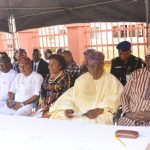 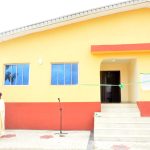 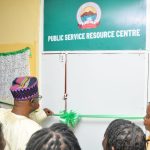