Ekiti State Governor, Dr Kayode Fayemi on Tuesday revalidated his membership of the All Progressives Congress (APC) at his Isan-Ekiti home town with assurances that the ruling party remained the party to beat in Ekiti State and in the country.

The membership registration exercise commenced in all the 177 wards in Ekiti State on a peaceful note with members trooping out in large numbers to participate in the exercise on Tuesday.

Governor Fayemi and his wife, Erelu Bisi Fayemi participated in the exercise at their Unit 09, Ward 11 Isan Ekiti in Oye Local Government Area around 1.00pm.

The Governor who described the exercise as seamless, said the various developmental projects and programs witnessed in the state through good governance has helped to etch the name of the party in the minds of the people.

He said there is no party that has built capacity, commitment, competence, and compassion in transforming the economy of the State and improving the standard of living of the people like the APC.

The Governor who called on APC members in the State to visit their voting units to participate in the exercise with an assurance that none would be deprived of registration, described the exercise as constitutional and not an attempt to expunge anyone from the party.

He also debunked claims in some quarters that a leader of the party and former Osun State Governor, Chief Bisi Akande was opposed to the registration exercise. Governor Fayemi said Chief Akande only urged the party leadership to ensure credibility of the process, adding that the frontline APC leader had also participated in the process.

According to Governor Fayemi, “We are registering our party in the mind of the people a year roughly to election in Ekiti State. You know we are not a new product, we are a product that our people are familiar with and everywhere you go you can see the evidence of governance, you drove to this community and you saw what was going on.

“If you drive all the way from Ado Ekiti, you will see construction, reconstruction, rehabilitation works going on in every nooks and cranny of the State, the best way to register our party in the mind of our people is by positively affecting the lives of our people.

“It is by ensuring that there is no party that has the capacity, the commitment, the competence, the compassion to affect their lives the way we have done over the last few years, they knew what it used to be before we came in two years ago, they know what the state is now.

“This process will experience a lot of new people, only last week the former secretary of the People’s Democratic Party (PDP) joined our party and registered at his home town in Iyin Ekiti and that is happening across the State. People are moving to our party and you will see more of that in this registration exercise.”, he said. 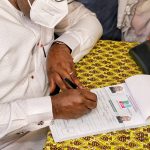 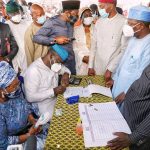 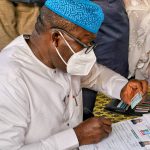 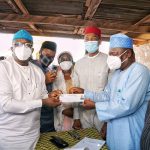 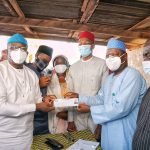 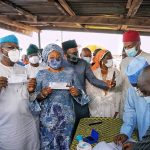 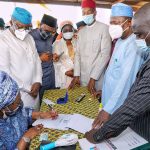 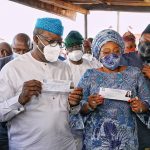