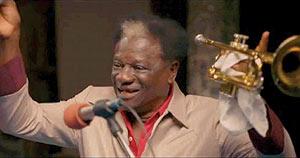 …describes him as Ekiti’s precious gift to the world

Governor of Ekiti State, Dr. Kayode Fayemi, has commiserated with the family of the doyen of Highlife Music, Dr. Victor Abimbola Olaiya, who passed on Wednesday. He was aged 89 .

Dr. Fayemi said Ekiti State and Nigeria have lost a global music icon with the passage of Dr Olaiya, who was one of the foremost musicians in the country.

Dr Olaiya, according to the Governor was a passionate singer, great entertainer, multi-talented instrumentalist and composer who had a good mastery of the stage.

The Governor said he was consoled knowing that Dr Olaiya did not only live long but lived well and impacted many lives through his music before taking his final bow. He added that it was the impact and uniqueness of Dr Olaiya’s music that earned him the Ekiti State Honour in 2011, in addition to a car gift.

Fayemi said ” Dr Olaiya’s name has been eternally etched in the Nigerian music hall of fame, for creating an identity for himself as a multitalented musician”

“Although Dr Olaiya is dead, his legacies will continue to live on especially in the hearts of millions of his admirers all over the world.

“On behalf of the Government and good people of Ekiti State, I commiserate with the family of the late Dr Olaiya. I urge the children to be consoled with the fact that Baba lived well, made a name for himself, and was honoured in his life time. Our prayer is that God will grant him eternal rest.”