Ekiti NewsEKSG to commence Dredging of Waterways ahead of Rainy Season 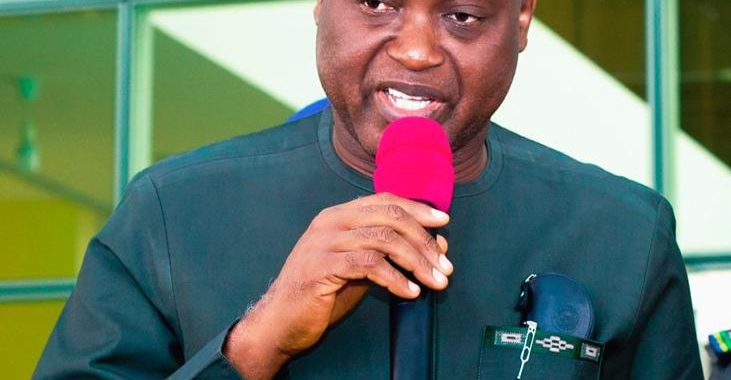 EKSG to commence Dredging of Waterways ahead of Rainy Season

Ekiti State Government is set to commence dredging of waterways to forestall erosion and other forms of environmental disasters in the next rainy season.

The General Manager of Ekiti State Environmental Protection Agency , Mr Olukayode Adunmo who made this known during a tour of Local Government Areas benefiting from Government’s intervention on erosion control, reiterated the commitment of the Biodun Oyebanji’s administration to the welfare of the people.

Assuring that the implementation of the current intervention would guarantee an end to the ugly impact of erosion in the affected areas, Mr Adunmo stressed that the project would be continuous as all areas affected by erosion in the State would be attended to as instructed by Mr Governor.

He however emphasized the need for people in the State to continue supporting efforts of government to develop the State and improve their general wellbeing, stressing the need to avoid act that may be inimical to the development process such as dumping refuse in or putting any form of structures along the waterways.

In her remarks, Mrs Omotosho said that Governor Oyebanji had thought it wise to prevent disasters associated with flooding from happening in the next rainy season hence the approval of funds to dredge the erosion path across the state .

Mrs Omotosho reiterated the commitment of Governor Oyebanji’s administration to save lives and property of the people as well as their environment from been worn away by erosion, adding that prevention is always better than cure .