The Government of Ekiti State has pledged its commitment to constantly reward diligent workers who have continued to ensure quality service delivery to the people of the state.

The Deputy Governor, Otunba Bisi Egbeyemi, who gave the assurance on Monday at the New Year Praises and Thanksgiving held in his office identified workers as crucial to the successful implementation of government policies and programmes.

Otunba Egbeyemi who spoke through the Permanent Secretary, Office of the Deputy Governor, Mr. Sola Ogunmiluyi, said government would ensure more capacity building for workers within the available resources for better service delivery.

Five staff members of the office received commendation letters and cash prizes for excellent performance in 2021.

The staff members of the Office of the Deputy Governor who were honoured include Mr. Segun Omotunde, Mr. Toyin Aribamikan, Mr. Oluyeye Adewumi, Mr. Oluwole Oni and Mr. Bamidele Lawal.

A motivational speaker, Dr. Gbenga Emiloju, who was the guest speaker at the event stressed the importance of capacity building to self development which he said would be of help to workers after they might have retired from service.

Otunba Egbeyemi charged the workers to be ready to give their best in 2022 to contribute their quota to the Governor Fayemi Administration’s resolve to make Ekiti an enviable state in the comity of states in Nigeria.

The Deputy Governor, however, cautioned civil servants against involvement in partisan politics and leaking official secrets to unauthorised persons urging them to remain focused on their official duties to aid the smooth running of governance.

He said: “Today’s event was packaged to appreciate God for what he did for us last year, for sparing our lives to see this year and to reward some civil servants in this office who performed excellently in the year that just ended.

“This government has invested very well in building the capacity of workers and giving priority to their welfare. The reward being given to some workers in this office is a gesture to encourage them to work harder.

“Remain focused, patriotic and committed to your duties most especially in this transition year. Avoid partisan politics and leakage of official secrets because the civil service rules will be invoked against anyone caught.”

Speaking earlier, the guest speaker, Dr. Emiloju, who is also the State Secretary of Chartered Institute of Personnel Management (CIPM), urged workers to have positive vision for their future and learn additional skills and trades to supplement their income.

He also charged them to spend part of their resources on learning, purchase and reading of books that would develop their intellectual acumen and setting of achievable goals with time limits.

Delivering a talk entitled: “Capacity Building: An Effective Strategy for Personal Effectiveness and Career Success,” Dr. Emiloju said the reason why we have few people at the top is that “not everyone is ready to sacrifice for the attainment of their dreams.”

He said: “As much as it is not easy to achieve career success in today’s unpredictable, changing and fast-paced world, you can be determined to have career success through deliberate intention, sacrifices and commitment to personal effectiveness.” 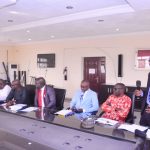 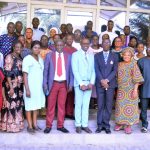 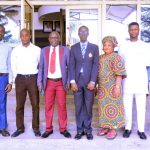 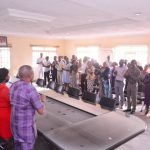 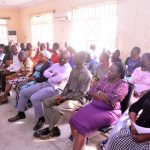