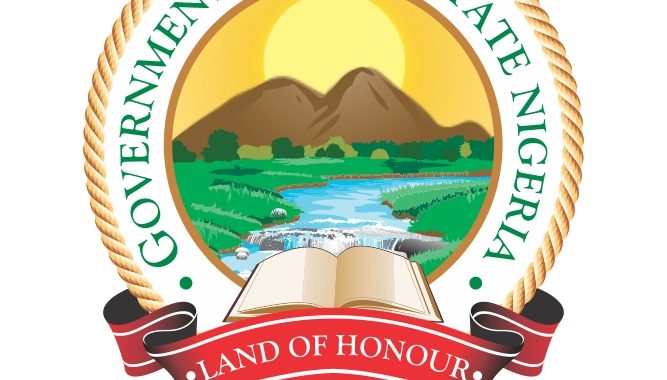 Ekiti State Governor, Mr Biodun Oyebanji has said that he would continue to seek the face of God for direction and guidance before taking any step in the governance of his people.

Governor Oyebanji stated this on Saturday at the Jibowu Hall, Government House during a special intercessory prayer session for the state organised by Ekiti State branch of the Christian Association of Nigeria (CAN) in commemoration of the annual Universal Week of Prayer. The Governor said he never had the intention of contesting for governorship but God orchestrated the move and providence made him Governor.

The Governor called for concerted prayers for him to choose men and women who have the fear of God and are ready to deal with the people with compassion as well as prayer for the state to move to the next level of development and prosperity with confidence that all will be well.

While commending the CAN for not relenting in praying for his family and the state in general, Mr Oyebanji stated that Ekiti belongs to God because he had handed the State to God since the first day of his administration, adding that he would continue to rededicate and re-covenant the state to God.

While assuring that Ekiti people would serve God during his tenure as Governor, he charged the people to change their attitude towards the state and believe that the el-dorado they had been longing for is attainable.

“As your servant in charge of your people of Ekiti, I hand over the government of this state onto you, I hand over Ekiti people onto you and I make a covenant that we shall do your will, I make a covenant that Ekiti people shall serve you. One of the covenant I made with you before the election is that I will use this office to serve you and honour you and Lord we have started and this day let heaven record it that we are handing over the government and the affairs of Ekiti people into the hand of God.

“I never deliberately plan for this but God orchestrated event to make this happen and it is for a purpose and I keep telling God that the only thing I want to see happen before I leave is to see a prosperous Ekiti state, where the state and its people will prosper, if they call us a state of intellectuals, then we should not be poor.

“Let us go back to God in prayers and continue to rededicate Ekiti to the hands of God and we should have confidence that things will be alright. We must accept the Lordship of Christ and the fact that we can’t do it on our own, we should allow God to lead us.

“We can’t continue to do old things and want to see a new outcome. So, I’m appealing to our people that we have to change the way we do things in the state, government will be coming out with policies and reforms to achieve God’s purpose for our state and its better we don’t be a clog in achieving the purpose of God.

“And I keep telling people to continue to pray to God to help me pick men that fear God, men who want to serve the people, those who are compassionate and ready to serve and love the community.

Earlier in his sermon, the General Overseer of Adonai Ministry, Dr Kole Akinboboye said Ekiti people must expect new things and new vision that will make the state a reference point among committee of states in Nigeria.

Dr Akinboboye, who preached from the book of Isaiah, chapter 43, verses 18-19 stressed the need to dispense a new covenant with God in the state and also raise an altar of prayers to service the covenant.

One of the highpoints of the event was the official presentation of a copy of the Holy Bible to Governor Oyebanji and his deputy, Chief (Mrs) Monisade Afuye as a symbol of good governance by Chairman, Ekiti State Chapter of CAN, Revd. (Dr) Emmanuel Aribasoye who noted that no one can be successful outside the power of God.

Prayers were also offered for stability in the economy of Nigeria; for success and peaceful conduct of the general election coming up in February; divine wisdom for Governor Oyebanji and his cabinet to do exploits, divine wisdom and spirit of excellence.