The Governor of Ekiti State, Dr Kayode Fayemi has again brought smiles to the faces of pensioners with the distribution of the sum of N100 million to offset their gratuities.

Handing over the cheques to beneficiaries at a ceremony in Ado Ekiti on Thursday, the Governor who was represented by his Deputy, Otunba Bisi Egbeyemi, said the welfare of the key segments of the population of the state was paramount to his administration.

A total number of 58 local government and primary school pensioners benefited from the latest distribution exercise.

The Governor disclosed that his administration has distributed over N843 million as gratuities to retired local government staff and primary school teachers since coming to power in October 2018.

He assured other retirees who were yet to get their gratuities to keep faith with this administration to fulfill all promises made to the people that their time would soon come to reality.

Dr Fayemi who urged the beneficiaries to judiciously utilize the fund reiterated the commitment of his administration to the people of the state despite the challenges of meagre resources.

He said that retirees were very important just like serving civil servants and that it is necessary for them to continue to reap the fruits of their labour having served the state meritoriously.

Dr. Fayemi said: “From the inception of this administration, we have been religious with the prompt payment of salaries and pensions to public servants and pensioners, respectively.

“I congratulate the beneficiaries for they are here today to receive their benefits as Pensioners. I want to be emphatic that this administration is keen on prioritizing the welfare of all and sundry, despite the meagre resources in the government coffers.

“I urge the beneficiaries to take advantage of the talks on financial prudence already shared with you and utilize the fund judiciously for a blissful retirement. I enjoin others to keep faith with our administration as we are poised to fulfill all our promises to the people of the state, and of utmost importance is your gratuity.

Earlier, the Commissioner for Local Government Affairs, Ekiti State, Prof. Adio Folayan commended the Governor for increasing the disbursement of gratuity from N10 million to N100 million per tranche for the retirees.

Prof. Folayan used the medium to congratulate all the beneficiaries most especially the living pensioners for the grace to collect their entitlement with their own hands, also wish to sympathize with the families of the dead.

The Chairman, Nigeria Union of Local Government Pensioners, Ekiti State Chapter, Mr Joel Akinola, who spoke on behalf of the pensioners appreciated the Fayemi led Government for the payment of the gratuities also appeal for more disbursement for those yet to benefit. 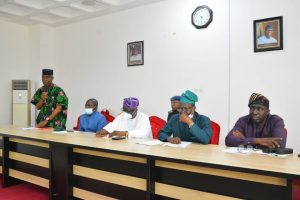 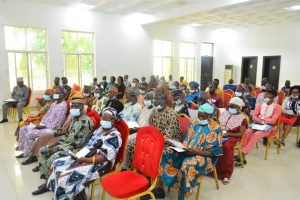