The Governor of Ekiti State, Dr. Kayode Fayemi has urged Christians not to relent in praying for Nigeria, saying their prayers have gone a long way in keeping the country united.

The Governor who made the appeal while receiving in audience the National President of the Pentecostal Fellowship of Nigeria (PFN), Bishop Francis Wale Oke, also acknowledged the support of Christians for his administration through their prayers.

Represented by the Deputy Governor, Otunba Bisi Egbeyemi, the Governor said the cooperation, support and prayers of the body of Christ have contributed to the successes recorded by his administration in the last three years of stewardship.

Bishop Oke was at the seat of government as part of activities marking his first official visit to Ekiti State since he was elected as the PFN National President in March this year.

The Bishop who was accompanied on the visit by PFN Chairmen in the Southwest Zone and other top officials of the body, praised Governor Fayemi for what he called “the noticeable progress and massive infrastructural development of Ekiti State under his leadership.”

The Governor who said Ekiti was honoured to have Bishop Oke on the visit lauded the cleric for his contribution to soul winning, harmony in the body of Christ, praying and working for the unity of Nigeria expressing optimism that the visit would be a harbinger of blessings for the state.

While noting that he had followed the ministry of Bishop Oke for about three decades, the Governor hailed the clergyman for building the Sword of the Spirit Ministries which, according to him, had grown in leaps and bounds.

Dr. Fayemi said his administration cherishes peace which he noted would sustain the development of the state in particular and unity of Nigeria adding that the prayers of Christians are very important in making this a reality.

He said: “It is a great honor to receive the National President of PFN in our state. We will always cherish your prayers for us and indeed the prayers of all Christians because their prayers have contributed to the peace we enjoy in our state.

“Your prayers and the prayers of other Christians have gone a long way in sustaining our country and keeping it united. Christians are one, be you a Catholic, be you an Anglican or a Pentecostal. We are all one and we must be united in our prayers for our state and country.

Speaking earlier, Bishop Oke said he was delighted to be in Ekiti in his capacity as the PFN National President recalling his first visit to the state was in 1990 during an open air crusade conducted by his ministry at the Oluyemi Kayode Stadium, Ado Ekiti.

The PFN chief expressed delight that Ekiti has witnessed a positive turnaround since the last time he came crediting the current political leadership for working so hard to ensure that the state moves forward in the key sectors.

He said: “Whether people believe it or not, Ekiti is making progress; it is true that we are not where we want but we have left where we were some years ago.

“I want to celebrate the political leaders in Ekiti State because when I was coming, I looked at the roads and drainages and I saw the marks of progress. We are not there yet but let us celebrate the progress made already.

“We will stand with you in prayers, in counsel and in advice and when there is need for correction, we will do it with love.”

Bishop Oke also prayed for peace in Ekiti State before, during and after next year’s governorship election scheduled for June 18.

He prayed that a godly person will emerge as the next Governor from the polls who will serve God and the people of the state diligently for the pace of development to continue. 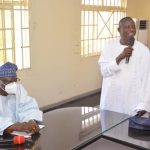 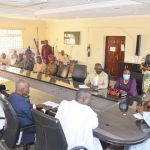 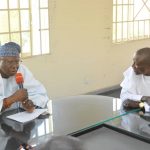 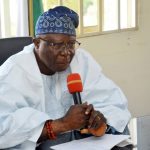 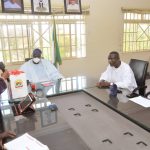 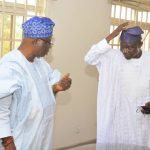 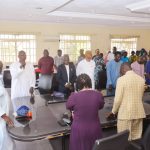 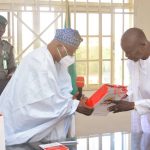 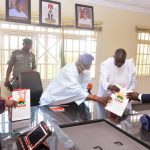 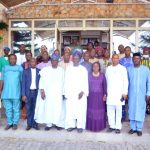 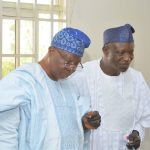 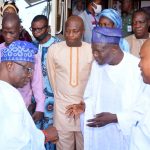 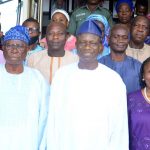