The Governor of Ekiti State, Dr Kayode Fayemi, has charged the new Onijaro of Ijaro-Ekiti in Ilejemeje Local Government, Oba Joshua Oluwagboyega Ogunbiyi, to make an impact in the life of his people with his ascension to the throne.

The Governor who gave the charge on Thursday while presenting the staff of office and instrument of appointment to Oba Ogunbiyi urged the new monarch to work hard for the overall development of his kingdom.

Represented by the Deputy Governor, Otunba Bisi Egbeyemi, the Governor advised the new royal father to always carry his people along in making decisions that will affect their welfare as he has now become the father of all in his community.

The throne of the Onijaro became vacant on 24th September, 2017 following the demise of the last occupant, Oba Olubunmi Ogunleye.

Oba Ogunbiyi’s appointment as the Onijaro was approved by the State Executive Council at its meeting held on 10th March, 2021 in strict adherence with the provisions of the Chiefs Law 2012 and authorization was given to publish the legal notice in the State Government Gazette.

The Governor used the forum to commend traditional rulers across the state for their support and exceptional contributions towards the sustenance of peace in their domains and for being there always to help resolve critical issues for the benefit of all.

While noting that the process that produced Oba Ogunbiyi was devoid of any political influence or manipulation, the Governor explained that his administration has always given communities especially the kingmakers free hand to choose their Obas.

Governor Fayemi who reiterated that his administration accords priority to security of lives and property said all hands are on deck to to flush out criminals from the state with the support of everybody a task he described as achievable.

He sought the support of the traditional institution in implementing people-oriented policies to impact the life of the citizenry especially the use of agriculture as a launch pad to boost the state economy.

“Your concerted efforts are required to improve the economy of the State especially in the area of agriculture. Our approach to development is all-inclusive and the contributions of individuals and groups are appreciated,” he said.

He prayed God to grant the new monarch the required wisdom, courage and good health to lead his people aright adding that Oba Ogunbiyi’s reign shall usher in monumental socio-economic growth and unprecedented peace in his domain.

The Chairman of Ilejemeje Local Government, Mr. Akin Oladunjoye, expressed satisfaction with the selection process which he described as peaceful lauding the state government for providing the enabling environment that made it a reality.

The Executive Secretary, the Bureau of Chieftaincy Affairs, Mr. Adegboyega Morakinyo, said the selection exercise was monitored by the agency in accordance with the extant rules and in line with the tradition of the people of Ijaro.

In his acceptance speech, Oba Ogunbiyi promised that his reign will be an era of blessings, prosperity for all Ijaro residents and contribute to the growth of Ekiti State as a whole.

The new Oba extended his hands of fellowship to the princes who contested throne with him to cooperate with him and the state government to ensure peace and development of their hometown.

Describing his ascension as a day and era of history, hope and blessings fit the Ijaro people, Oba Ogunbiyi declared his readiness to face the challenges ahead of him with the help of God and the support of the people

He said the acceptance of the staff of office has humbled him and was a challenge to pursue and fulfil the expectations of his subjects as their king and custodian of their culture. 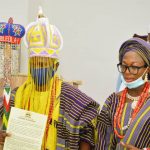 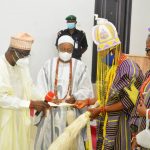 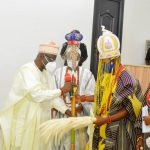 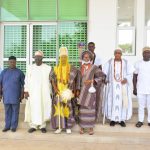